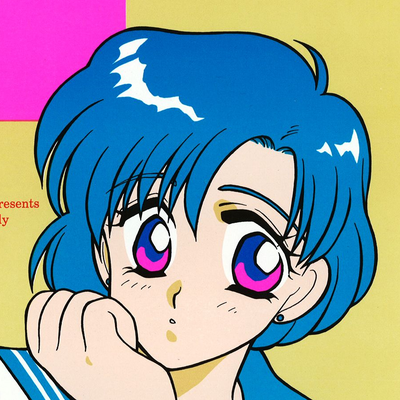 “Mm. Telemetry was first keyed as an effective means of communication during...”

"It's not as if I haven't thought about settling down... But a letter penned to me, from a stranger, to meet in Tokyo's most renowned center of attraction... It's a bit... What kind of person is this Kazama?"

Thus, she set out to the district largely considered a boiling pot of dates and lavish shopping centers.

She stood herself leisurely just before the Museum of Maritime Science. With her wrist watch turned, she glanced and found that she’d arrived fifteen minutes early. Among the crowd she next studied, there hadn’t been anyone particular that could have stood out as her sender. So many bodies came and went, and they were beginning to thin out.

@KikouTeschio Her home had been quiet. Lonesome. All tidying business done, and her friends were scattered about having their own fun, she assumed. What was she to do? In just little over an hour, she’d been poised with meeting this ‘Kazama’. She decided she’d go alone. It would be in the public eye just before nightfall. She decided it wouldn’t do her any good to leave an academic yearning unfulfilled regardless. >

@KikouTeschio “This is...” It hadn’t been that of infatuation, she quickly observed. That was certainly a first. She read on, learning of the sender’s plight. “...Heartbreaking.” She hugged the letter close, leaning back into her desk chair. >

Today’s sandwich involved an egg and mayonnaise combination. A Mako-recommended break from the usual.

“Such despicable acts for ones calling themselves researchers.”

@tsukinikawase “That’s a good outlook, Usagi-chan.” Ami was surprised. Pleasantly so. She had only noticed that the two had been /together/ at a /library/. Usagi truly had to have been determined. “If you study hard for the next hour, I’ll buy whatever snack you’d like.” Not to mention the great feast she’d slave for had her friend aced the test.

@KikouTeschio Saying that didn’t stop her /curiosity/ though. All while she had banter with the boys and girls circling her desktop, she had been /dying/ to pry into that envelope and find what exactly was said to her. Not helping the fact was the anonymity of her sender.

@KikouTeschio Ami arrived with as ready a smile as ever. Today, she reflected, was going to be the day they finally compared web page designs for their coded-from-scratch maze game. When a peer of hers stopped her just before she could sit down, she had been surprised to find that a letter had been addressed directly to her—and not at her home. She laughed it off, remarking that it was probably a friend of hers ‘trying to be funny’. >

@StarFighter She had been an angel of warring blues as she'd been a devil of the body misleading in its modestly clothed form. No less would it be he himself biting into the apple of sin. Assuredly, it’d be a velvety plunge not to be forgotten by any inch of him. So tender in expression, she nearly looked as if she could shed a tear from her closed yet gaze had he hesitated any further. This, without doubt, had been an irreverent calling to a Starlight blackened in that unkempt haze of longing.

@StarFighter Her tongue a shining bed made a coat thicker with his helpless dripping, she’d been primed to take him with her delicately posed body. There’d be no resistance from the mouth permeated in his taste—the warmth that he’d find had no comparison to any of the lonesome nights he may have had prior. >

@StarFighter She had been the beauty of his to indulge himself in, a heart with which he had the duty of exploring until he’d been purged of his own impurities. Such she further teased with the uncouth dangling of her tongue, for accompanying it had been her idle breathing even in such mockery of posture. Unto the Starlight’s salaciously sensitive tip, her warmth stroked, whispers of content that tickled at his sliver as the odor of his enthusiasm stung at her nostrils. >

@StarFighter Hers had been a face unknowing of impurity; eyelashes soft as feathers locked away the eyes that’d held focused ambition. Indeed, the tiara vaguely reflecting Seiya’s conflicted passion had made clear just who it was he’d been losing himself to, an emphasis that’d been outclassed only by the sweet warmth doting on his tongue then—their kiss had been a sloppy, one-sided parting of her gentle allure free of any regret. >

@StarFighter Onto her back, the soldier prancing even then in her world of dreams lied with her legs immodestly parted. The wetness he’d garnered from merely feeling her flesh had since sullied the bed sheet, leaving itself a small, though prominent stain just between her legs. Above, however, had been where slickness remained prominent in its trickling form. >

@StarFighter In slumber, she had been constantly goading him to go further, relish in the mounting tension that such an unforgivable act roused even at its tamest instance. When he’d been so charged that her skirt had been dimmed, her breaths hitched momentarily; it had been her unaware lure, that which could bring his eyes back to the glossed vulnerability of her tongue. Certainly could he be pleased of the taste as he’d been of their erroneously joined bottom halves.

@StarFighter The soldier of purest blue had been more than daring of the spilling lubricant desperate to mingle. Such had been made emphatically clear with how smoothly her smothering tightness perked at his every whim, how willfully her cheeks danced against his careful strokes without prying her eyes. >

@StarFighter Her breaths were quiet-kept in spite of the heat so palpably rigid against her heavenly derriere; loud enough to be noticed by his ear alone, but not yet telling of any notable consciousness. Hers were exhales that came of parted lips, emphasizing that his presence had begun to trickle its way along her nerves and pleasantly coil her spine in a ferocity her resting mind couldn’t pinpoint. >